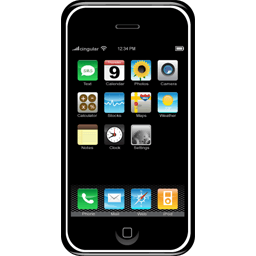 The problem was caused by an error in the travel planning app Booking.com, which has been rated by over 14,000 people and is currently ranked at 114 in the most downloaded free apps on the iPhone. The app overloaded one of Apple’s core systems for linking web addresses and apps within iOS on the iPhone and iPad, called Universal Links.

A recent version of the app came with a large 2.3MB file filled with thousands of individual URLs that should open directly within the Booking.com app. Most apps’ Universal Links files are 1,000 times smaller, around a couple of kilobytes in size, which meant that the large 2.3MB file broke iOS’s linking system.

Booking.com has since fixed its app, but anyone who installed and ran the app before it was fixed ended up with a broken Universal Link system, which means most links will not work when tapped within most Apple and third-party apps, including Mail, Messages, Safari, Twitter and others.

Many users first discovered the bug when links in Google searches made within Safari stopped working, leading some to resort to using Bing, which had a similar effect.

Enraged users who have been caught out by the bug blame Apple and the recent iOS 9.3 update. Some have experienced terrible battery life since the bug, others have found their iPhones practically unusable. Apple acknowledged the problem on Tuesday, but a fix has not yet been released.

Some users found that some third-party browsers would continue to work, but not everyone was so lucky, while others found that disabling JavaScript within Safari helped get at least some links working again.

Some found success fixing the issue with a rather elaborate series of steps involving a computer designed to try and clear the corruption of the Universal Links system, while some found that rebooting their iPhones would temporarily remedy the problem.

Either way, it appears that only Apple will be able to fix the problem for thousands of irate iPhone users.

An Apple spokesperson said: “We are aware of this issue, and we will release a fix in a software update soon.”