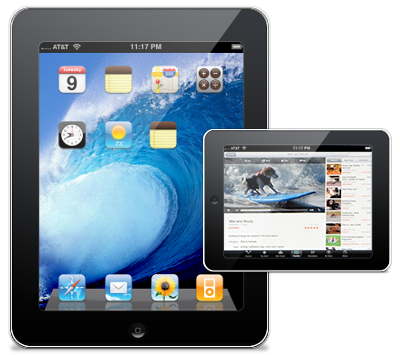 You should absolutely think about contacting Ekrepairs.co.uk if you’re going to have your personal iPad or tablet fixed in Motherwell and surrounding areas. By sourcing the services of the right local technician or iPad or tablet repair service provider in Motherwell, you get to greatly reduce the waiting time and the anxiety that usually comes with getting your iPad repaired. When you leave your tablet PC for repairing with some of the high street vendors you are always told it will take a few weeks and you will get a telephone call once it is ready to collect. Most of the time iPad or tablet PCs have to be sent down south somewhere to be fixed leaving you high and dry for a few weeks. Who wants that? With Ekrepairs.co.uk in Motherwell, you’ll be told what’s wrong with your iPad or tablet right there and then, given a firm quotation and most issues will be done that day. In fact, iPad screen fixes or tablet screen replacements are usually sorted within the hour!
Of course, to be able to take full advantage of the convenience that local iPad repair firms like Ekrepairs.co.uk in Glasgow can give you, you have to make sure that you are absolutely careful in selecting the right tablet repair professional you will be working with. There are way too many horrible stories out there about lcd replacements gone wrong. Some of our first time customers tell us stories of trying to get screen replacements done or fixed on the cheap by dodgy guys who had no clue what they were doing and ended up costing more. The worst one is usually that after all that, their manufacturer’s warranty ends up being void just because they asked the wrong guy to try and fix the gadget or iPad. There are even stories of people spending hundreds of pounds more than what they have budgeted for their tablet repair just because the iPad repair guy they hired hit them with many unforeseen charges making their repair bill spiral. If you exercise caution in selecting your Apple gadget repair service and only go with people such as Ekrepairs.co.uk , you’ll avoid all the unnecessary scams and stress when a iPad screen replacement service goes wrong

So, how do you search the best iPad or tablet PC repair service in Motherwell? First of all, you have to determine exactly what you want out of the Apple technician you hire. First of all what iPad model is it? We can repair all iPad models including Apple iPad, iPad 1, iPad 2,iPad 3,iPad Mini, iPad Air, iPad 4 Retina, iPad Mini 2

We have been repairing iPads for a long time and acknowledge that sometimes you are not able to tell us what’s wrong with your iPad. This is why we offer a free diagnostics service and only charge for the actual work that we do – if necessary.
So once you have figured out that you definitely need a professional to fix your iPad and when, then you need to call Ekrepairs.co.uk on 01355 222438 to get the help you want. If you are the type that likes to shop around first then a quick google should show you local iPad or tablet repair services such as EK Repairs. Don’t however pick the first cheap iPad repair guy you run into. Always ask a few questions and ask friends for references and so on. These days EKrepairs.co.uk is on Facebook and the 5000 fans on there should convince you and givc you enough social proof that we do really good work. Https://facebook.com/ekrepairs

How to Save Money on iPad Screen Fixes in Motherwell.
Fixing your iPad or tablet PC can be pricey. That’s just something that happens sometimes depending on what’s actually wrong with the tablet in the first place. If you’re going to fix your Apple iPad, you have to be prepared to spend a considerable amount of cash. However, there are ways to stop this amount skyrocketing.
One way you can save money on Apple gadget repairs is to fully understand upfront what you’re going to pay for. You can’t really expect every Apple gadget repair shop to tell you everything upfront since they will need to open up the iPad, run some tests, jiggle a few components and run some diagnostic program on the tablet to figure out what’s wrong and that in itself could take time. So always be clear that the iPad diagnostics is not paid for and only agree to pay for the actual repair work done. Ask to be consulted before going ahead with any repairs and agree with the iPad repair service that whatever you agree will be honoured. Make sure that if for any reason you can’t go ahead with the repair then the gadget should be closed back up and returned to you. You do not want to be given back a computer that’s in bits n pieces simply because they cannot be bothered to close it because you are not paying their exorbitant repair quote.
You may also need to do a bit of groundwork on possible hidden charges you may incur and ask the iPad repair company about them too.
You can also save a lot of money on your iPad repair if you are able to figure out what’s wrong with it by yourself and sourcing all parts yourself. This move requires that you are decent technically and can get the right parts required. This way you only pay for their labour not the parts as they tend to mark-up the parts as well. In summary, any time you save on the work involved will save you some cash money.

Of course another way you can cut back on your iPad screen repair costs or expenses is by doing it all yourself. These days we have youtube.com and other video sites online that are full of how-to solutions to technical problems. A quick search usually gives you the facts you need and this will help you to repairfix the problem yourself. Definitely some of the simpler repairs can be done at home. iPad screen replacements can definitely be done DIY.
These days we have Groupon and other daily deal websites. DIY kits for Apple products or iPad repair deals are very common on these daily deal sites. If you are not familiar with the concept then let me explain. This is a where an Apple repair business or provider will feature a discount deal on their iPad repair service. Something near 50% discounts is usual. You might for example buy a coupon for a 50% discount on your repair quote. This means that when you visit the iPad repair service, they quote a certain price and your voucher will entitle you to a half price deal! Sometimes they sell kits used for removing iPad screens and resetting a brand new screen to do your own DIY Apple iPad screen replacement. Apple gadget repair businesses put these deals up in the hope that you will get to know them and their work and maybe sign on at a later date and buy a full price level repair. They use their advertising resources as a loss leader in the hope that they land the big and long contracts later on. You can make use of these deals as and when they become available. Simply try a quick search for your area and subscribe to deal sites so you will be notified (usually by email) when the deals are available or on offer.
Don’t Settle for Cheap iPad Screen Repair Dudes in Motherwell call up Ekrepairs.co.uk today on 01355 222438 for experienced help to fix your gadget.