Tip on how to Fix an iPad, iPhone, or iPod Touch That Won’t Charge Anymore

If you’ve ever had issues charging your iPad, iPhone, or iPod touch, like most other Apple products, the culprit to blame is usually a frayed or damaged cord. It’s a common design flaw due to thinness of the cables and the weak sheath surrounding them, but it’s not always the problem. 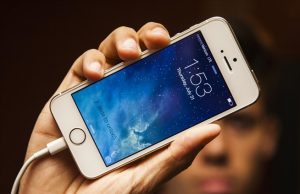 When your Lightning to USB cable seems to be in visibly perfect condition, but your iOS device still won’t charge whenever plugged into a computer or the USB power adapter, then the next thing to look out for is shockingly easy.

Just Clean the Inside of the Lightning Port

Yes, that’s right. It’s something so freaking simple, yet, most of us would probably never think about it. A lot of dirt, sand, lint, and other debris can get jammed up in that Lightning port, and it will prevent the contacts on the Lightning connector from hitting their marks inside the port. 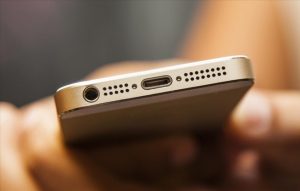 If you have an iPad, iPhone, or iPod touch that suddenly stopped charging, clean all of the junk out of the port using a small tool. A toothpick works well, or the SIM card remover that came with your device (sans iPod touch and Wi-Fi only iPad models). 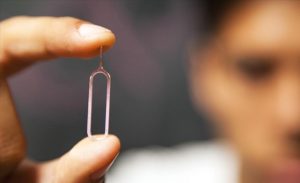 When using the tool, do it carefully, as you don’t want to damage the port and permanently screw up the connection to the charger. That’s why a toothpick might be better, as you’re less likely to scratch things up in there, but if you’re not careful, you could leave some splinters behind. 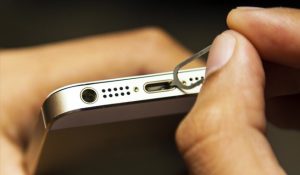 stick the pin side of the Lightning port

Using the SIM card remover tool, I slowly stuck the pin side of the Lightning port, all the way to the bottom, and slowly went around the oval shape of the port a couple of times.

When I pulled the pin out, I found some sand (probably from the beach) and some lint (probably from my pocket). Once you loosen some of the stuff stuck in there, you can blow into the port to dislodge it (think old Nintendo cartridges). Just don’t spit in there. If you’re a spitter, I recommend using a can of compressed air instead.

Now that your port is clear of all that crap, connect your Lightning charger and you should hopefully have no more charging issues.